I'm grateful to the following organizations
for financial and creative support.

Atlantic Center for the Arts

National Film Board of Canada 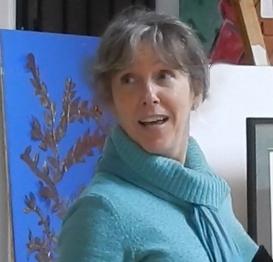 Nicole Parizeau moved to the  San Francisco Bay Area from Montreal, Québec, where she narrated documentaries for Canada's National Film Board. In California she worked as associate director of animal care at the Marine Mammal Center in the Marin Headlands before turning full time to writing and editing.
Nicole's taut play, The Human Ounce, opened the 2020 season of Berkeley's Central Works Theater Company, and was extended until theaters closed due to COVID-19 that spring. Her scripts for Blue Sky Over Grain and Rags received staged readings at the Berkeley Rep School of Theatre, and Blue Sky was a finalist for Marin Theater Company's Sky Cooper New Play Award. Her short play Paradoxical Undressing was runner-up for the San Francisco Playground Prize.

Nicole served as senior editor at Whole Earth magazine and principal editor with the Great Explorations in Math and Science (GEMS) program at University of California, Berkeley's Lawrence Hall of Science. She is the editor and co-writer of a groundbreaking GEMS unit on evolution, Life through Time, and coauthor of the book Spark Your Child's Success in Math and Science, winner of the Parenting Media Association Award. She founded the role of managing editor of student readers for Seeds of Science/Roots of Reading®, a National Science Foundation–funded program on science and literacy, and has contributed to five books from the International League of Conservation Photographers.

Nicole's poems and prose have appeared in Written River, Folio, Emrys Journal, Poecology, The Fourth River, and other publications. She was a finalist for the Disquiet Literary Award, and inaugural winner of the Bill Holm Witness Poetry Prize from Writers Rising Up.

Nicole is now a freelance editor and writer in the Bay Area, where she lives with her husband, ecologist Jeff Wilcox.